Drawing to a Close

My time in Union City is almost up. Just a few weeks left. I have greatly appreciated this opportunity and my experiences here. I can't believe it's been a year. Time has flown. I have learned so much. I will miss the roof of my apartment. I spent a lot of time on this roof talking with friends, writing, and creating art. Definitely won't miss the trains. 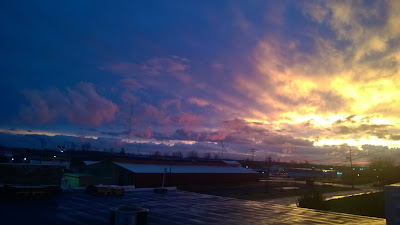 Moving to Union City had its challenges but they were challenges I needed. So much happened this year. I was able to move out of my parent's house and live on my own. I curated my first show. I made a new friend. Met some cool artists. I fell in love. Participated in a few group shows. I lost my best friend. Got a new car. And still, no matter what happens, I continue to create new work with the pieces. 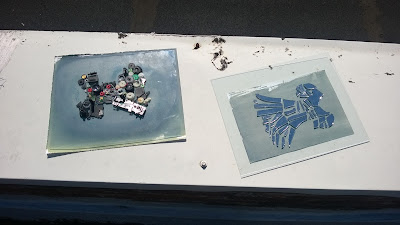 It's funny how much impact a place can have on your life. How little things can change the course of your life. How the unexpected can happen and open your eyes to possibilities you never imagined. How your focus can suddenly shift and the universe that is your life is altered, just like that. Moving to Union City gave me a fresh start. One that was sorely needed. It helped me create a new web, a new life for myself. 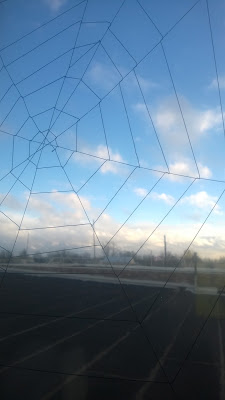 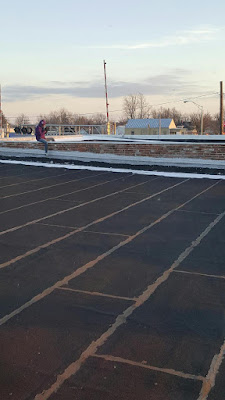 Now I am ready to move on to the next phase of my life and build a new web in what will soon be my home: Indianapolis.

Posted by Rochelle at 8:44 PM No comments:

Round Two of the Mirror Wing

Round two of my mirror wing went much better! Thanks to the lovely Hannah! The wing ended up a bit longer this time due to an increase in my spacing, which I like. I also took photos of the wing with my niece Alexis (who also happens to have red hair), I am still in the process of editing hers. And thinking of ways that I might combine and/or display it with the image below. 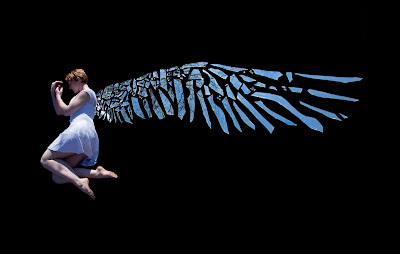 It was a bit cold during set up but I managed. I'm getting faster. And smarter. I placed the fabric on top of the tarp, laid out the larger pieces in advance, and then just pulled it out of the garage that morning. That helped. Before, I put the pieces on the tarp itself and then transferred them piece by piece onto the fabric. I won't be doing that again. This has definitely been a learning process. 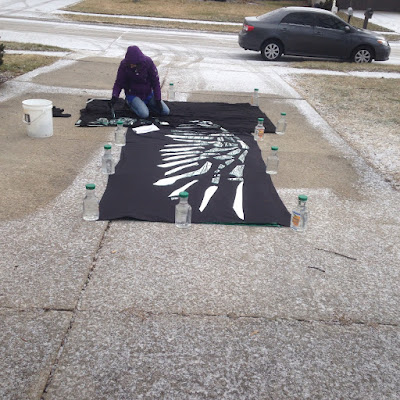 The lovely Hannah was gracious enough to come a bit early to help with set up and then apparently had to sneak a few pictures of me while she waited. I was so focused on the placement of the mirrors that I didn't even notice. 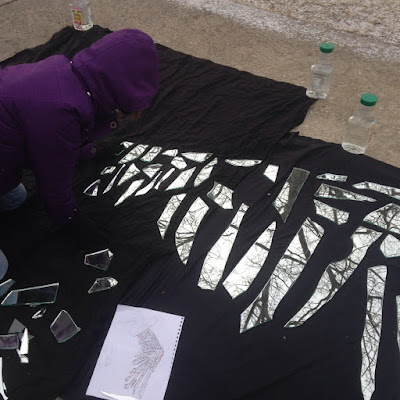 As for the next step with this project...well. I'm still thinking about it, but I have a few ideas. I want to try setting it up in some kind of landscape or location this summer. When I asked my niece Alexis if she had any ideas after we were done, she surprised me when she suggested I do it on ice! Which I loved. Smart kid. Hopefully I will have some sort of method figured out by the time winter rolls around again.

Posted by Rochelle at 7:11 PM No comments: 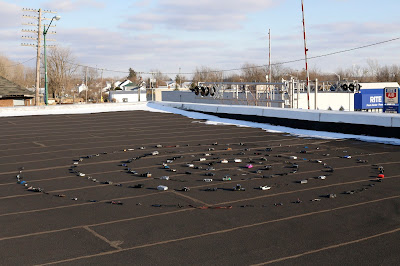 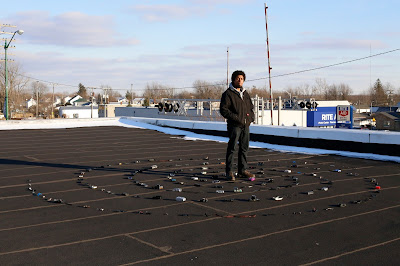 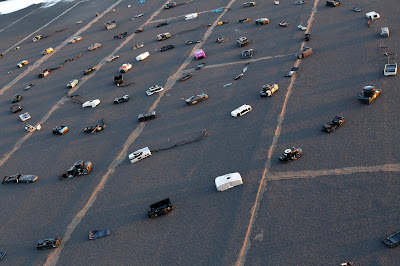 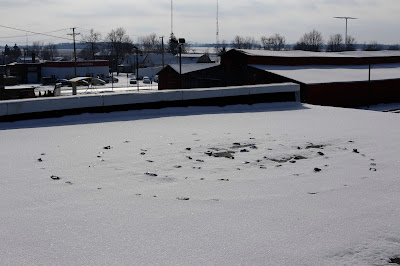 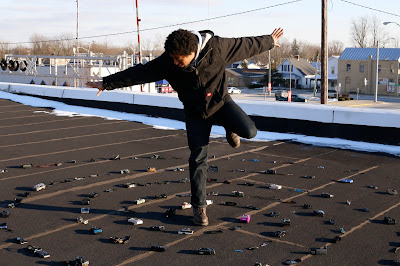