I've noticed I have a fondness for destroying specific objects. For some time now, I have slowly been collecting old, cheap, often digital film cameras and taking them apart in various ways. Currently, I have a couple drawers and a shoe box full of the pieces from many different cameras (I've lost count now). This destruction began for a variety of reasons; once I started though, I found I couldn't stop.

I knew I wanted to do something sculptural with the pieces. I tried a few things, experimented a little while in school, mostly failures. Lately, I've been trying to push myself. Eventually I want to make work that's more 3-D instead of simply gluing the pieces to a surface. Still, I'm happy with how this one turned out (finished a few weeks ago): 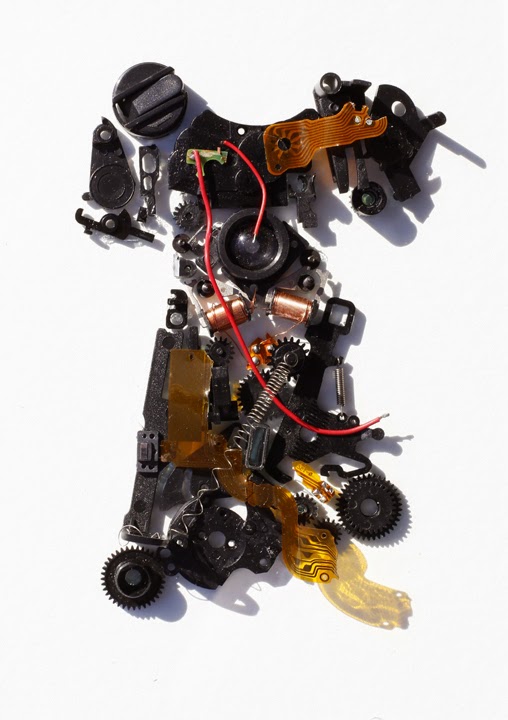 Smaller scale this time around (unlike this one), the pieces are glued to a 7" x 5" piece of Plexiglas. It also made for an interesting negative for cyanotypes. I'm excited to take this work further. Now I just need to figure out how to obtain larger quantities of cameras.
Posted by Rochelle at 12:02 AM